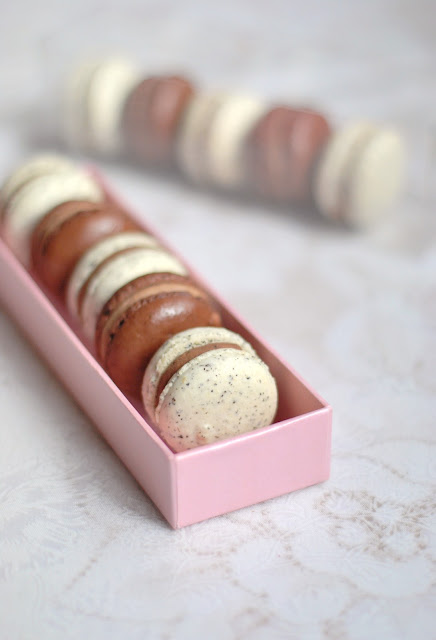 A trip to Antoinette inspired me to make my own batch of macarons. I simply adore that place, its chic yet homely French decor...and its colourful array of desserts. Its well made macarons - smooth, pristine shells with sweet, flavourful fillings...I can still remember how it's Earl Grey Milk Chocolate flavour tasted with its raspberry centre. So good that I wish I can replicate the same flavour at home :).
When inspiration comes, the best thing to do with it is to bake with the flow. I decided to make a batch of 2 flavours - Earl Grey Milk Chocolate and Mocha Kahlua. I went with the flow and decided on the proportion of the flavourings in an instant, without putting too much thought into it. And guess what, this eventually yielded one of my most successful macaron batches ever. 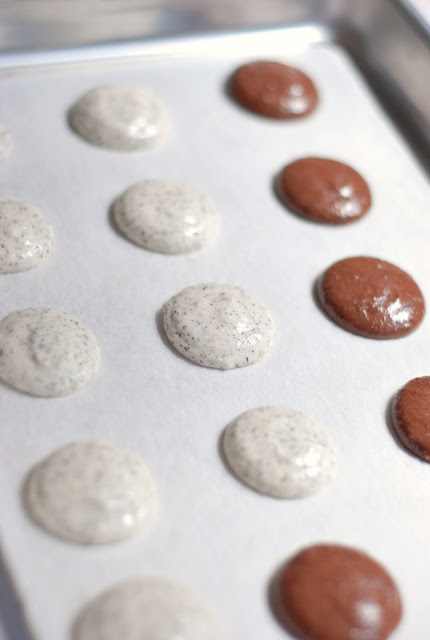 Taking into account my previous experience with using Twinings earl grey tea in baked items, I bumped up the flavour in the macarons by using 3 full tea bags in the shells...to the point where I can smell the prominent earl grey scent even prior to baking them. The cream for the milk chocolate ganache was infused with another 3 tea bags, before mixing it into a ganache. Eventually, the earl grey flavour was very prominent, though I felt it could do with a little bit more balance and a softer texture. I'd be sure to increase the proportion of cream to milk chocolate the next time round. 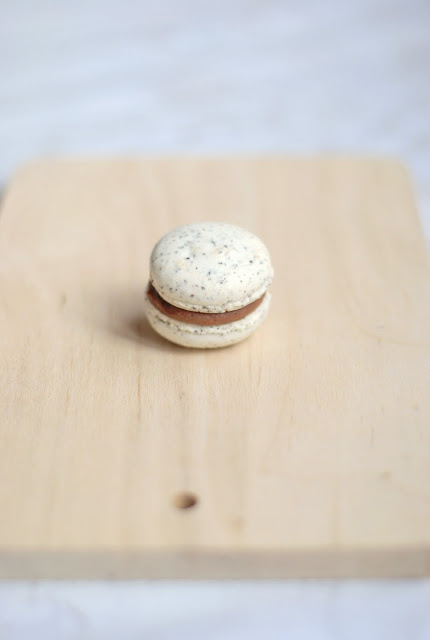 Earl Grey Milk Chocolate Macarons
The second flavour is inspired by the new bottle of Kahlua my brother got me earlier last month. And I thought, how nice it would be to have Kahlua in my macaron fillings! I stumbled upon this lovely recipe for Mocha Kahlua Buttercream and decided to give it a good shot. This eventually turned out to be absolutely delicious! Imagine chewy dark chocolate macarons shells sandwiching a light coffee cocoa flavoured buttercream with a hint of Kahlua. Given another chance, I would add a tsp more Kahlua so that the liquor flavour is more prominent. But nevertheless, this was an instant hit with everyone who tried it :). 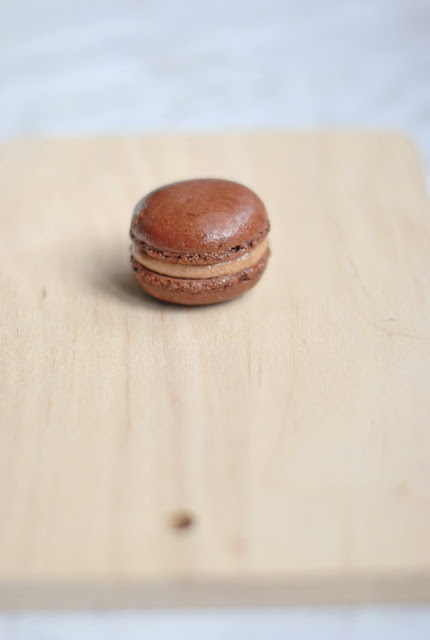 Mocha Kahlua Macarons
Yummy! I love both these flavours tremendously. Pretty sure I'll be repeating these flavours in the days to come, possibly with one or two minor tweaks to the recipe combination. Alright, I shall leave you with a final image of the macarons' innards. 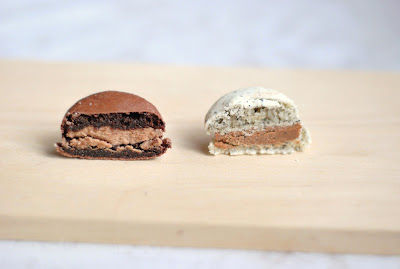